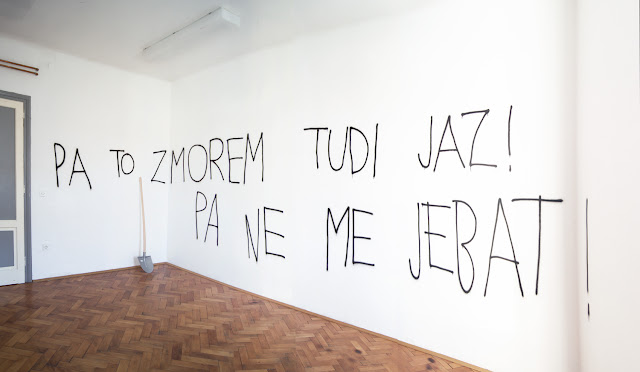 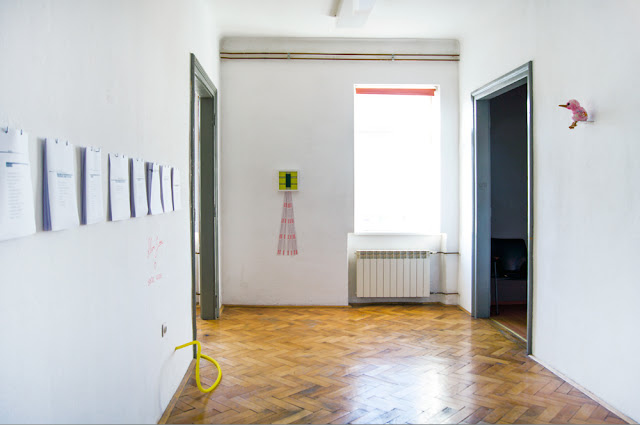 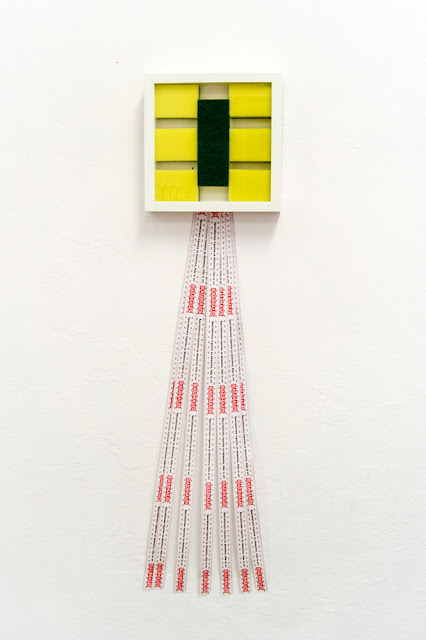 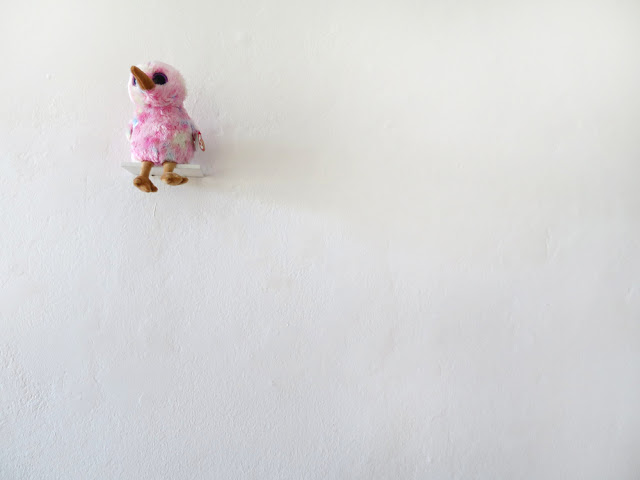 A tired Kinder Lada
stares sadly onto a golden toast
even sadder
than its soul.
The open market.
A civilization without heart.
A heart without civilization.
An exhausting struggle.
An evacuation of souls.
Nutella spreads like fire.
Death of Kinder Lada!
Mercy! Mercy!
Herr professor,
do you understand Ferrero? 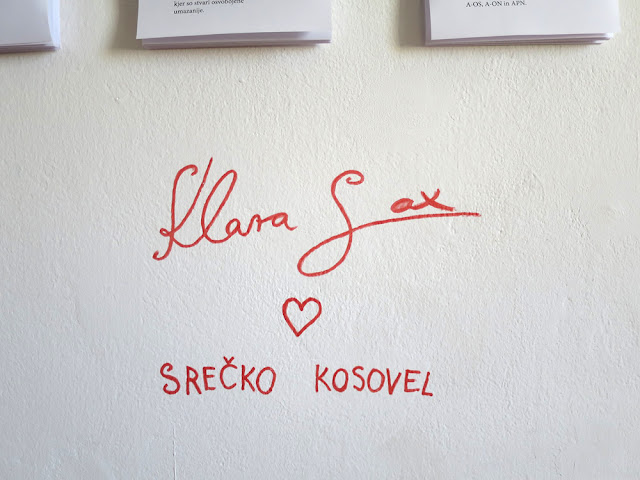 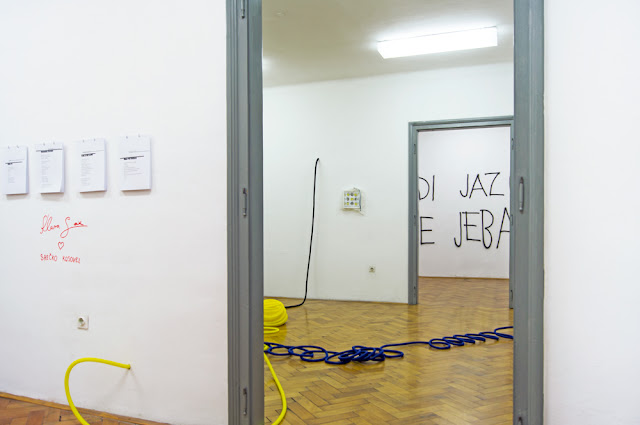 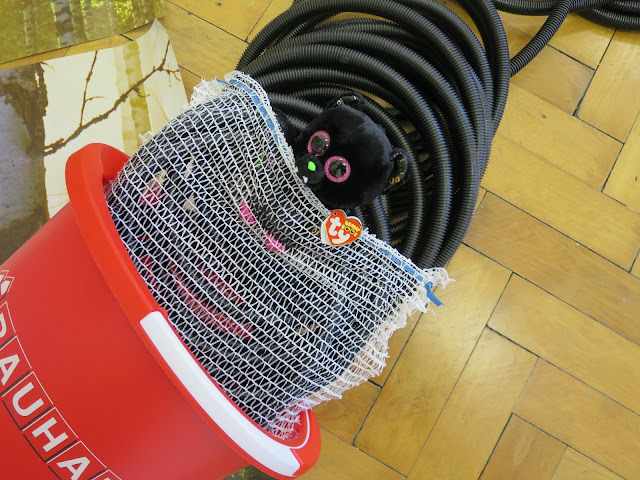 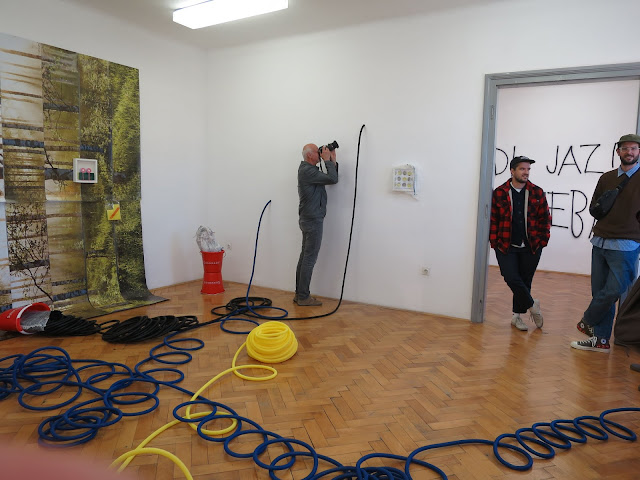 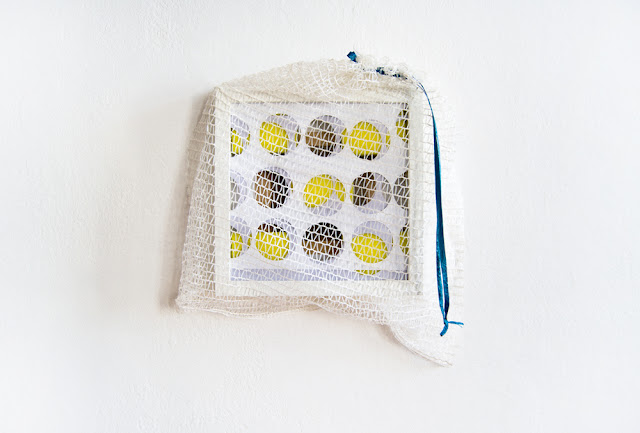 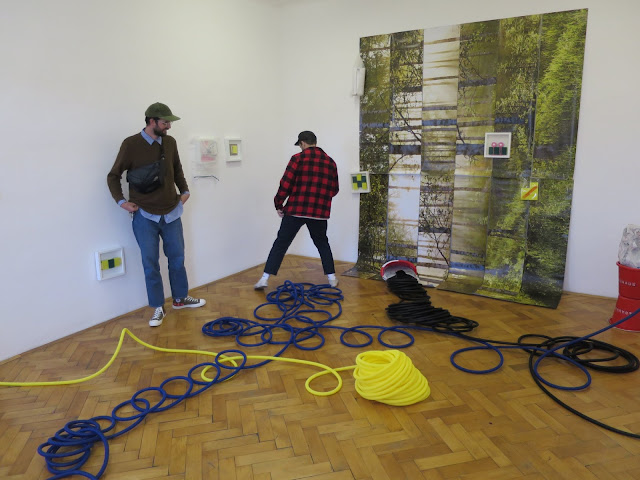 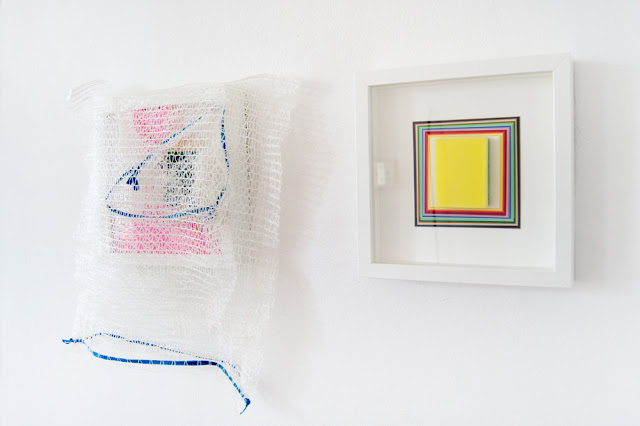 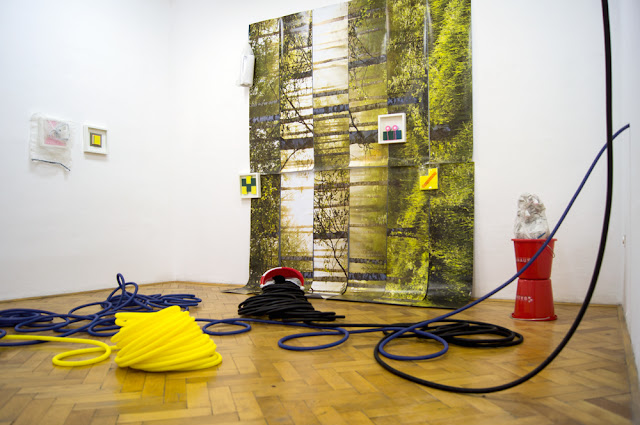 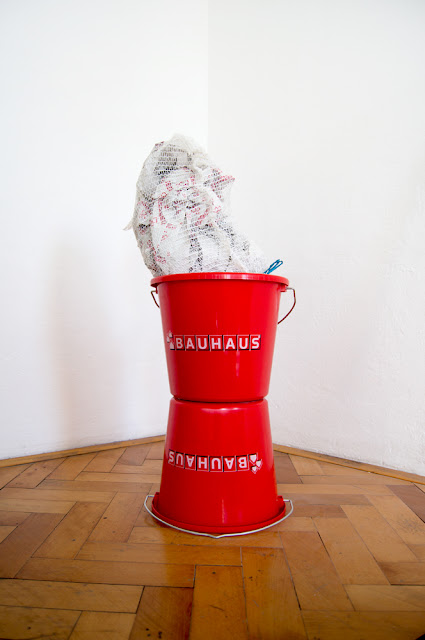 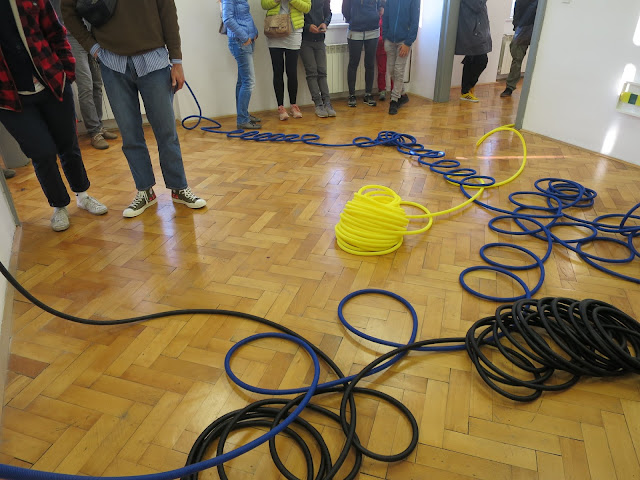 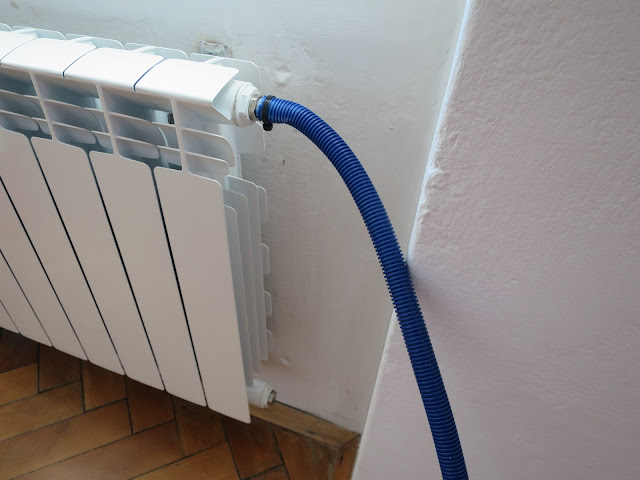 Avgust Cernigoj, entirely neglected and misunderstood in his time, is the founder of Slovene constructivism and one of the most influential Slovene artists of the 20th century. He made two exhibitions entitled 1st and 2nd Contructivist shows, with which he unsuccesfully tried to bring the provincial Slovenia and Yugoslavia closer to Bauhaus mentality and the Modern world.

Klara is continuing Cernigoj's plight, but given the current socio-political circumstances and neo-global sameness, she is reffering to continental provinciality and universal cultural fatigue. Celebrating the centenary of the Bauhaus school, Klara will turn Hisa kulture into an intricate mixture of visual and lyrical poetry, in the spirit of our times entirely swamped by commercialism. Ghosts of the Bauhaus idealism and utopia will hide behind incomprehensible form and elusive associations - "because art is not meant to please but rather educate the population and explain the geometry of soul and time."  (A. Cernigoj) 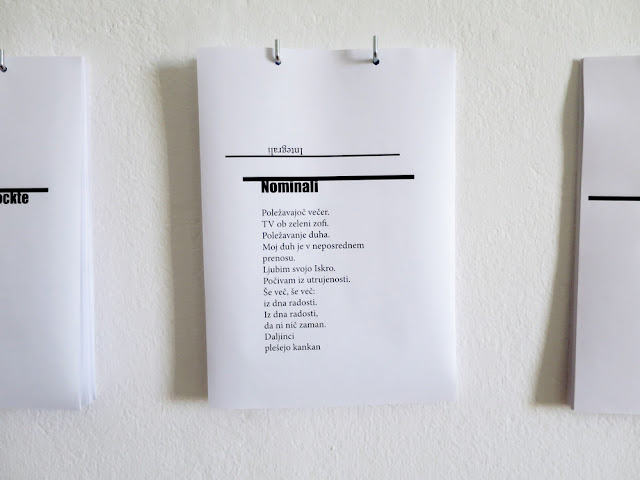 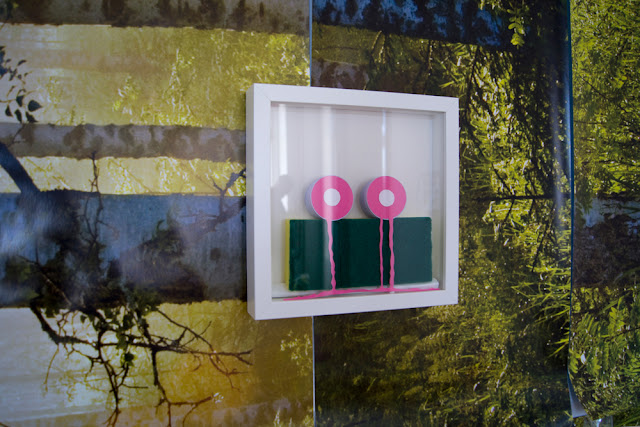 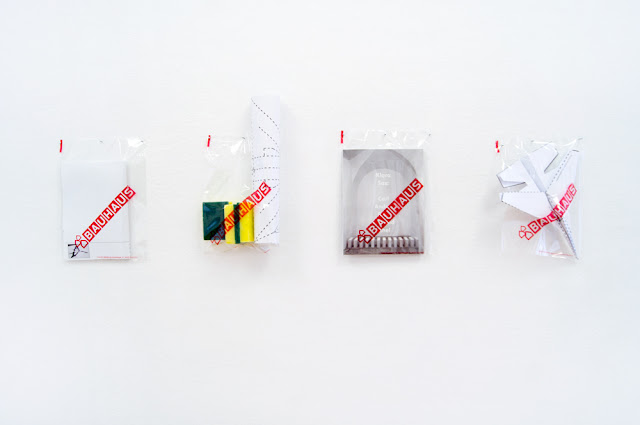 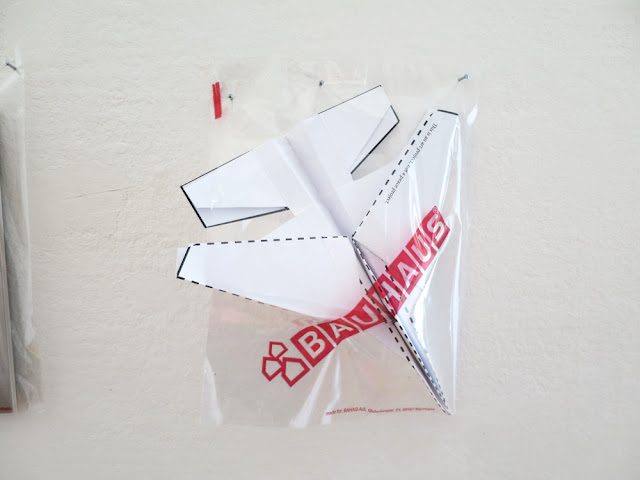 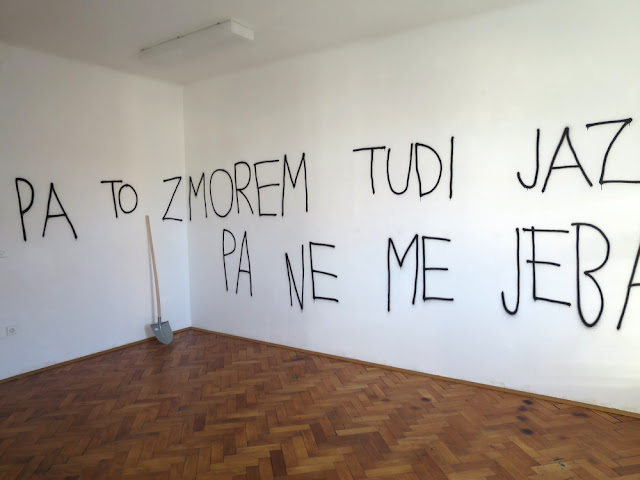 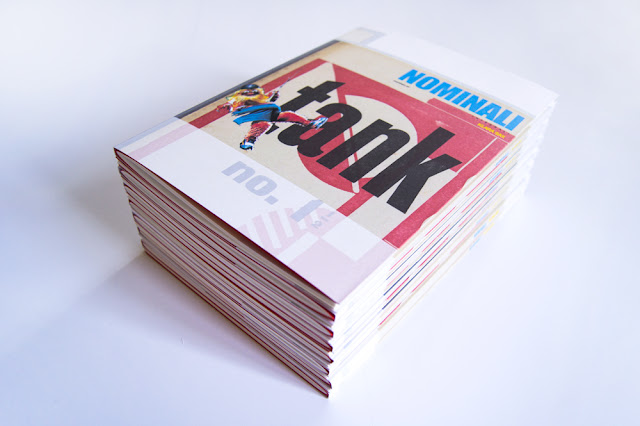 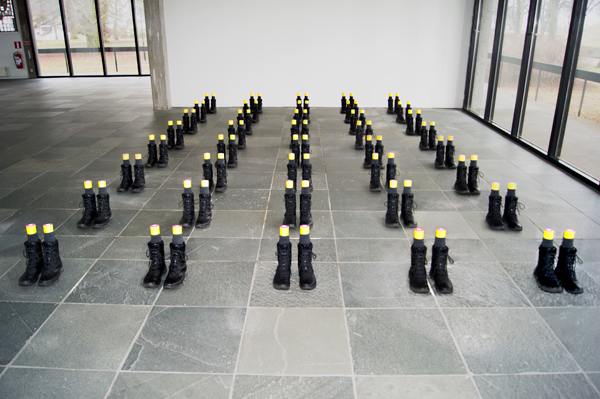 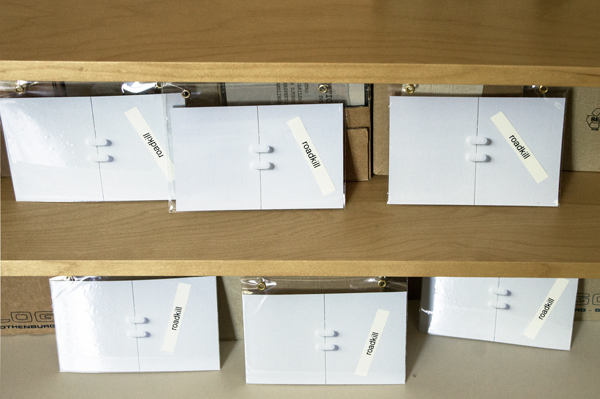 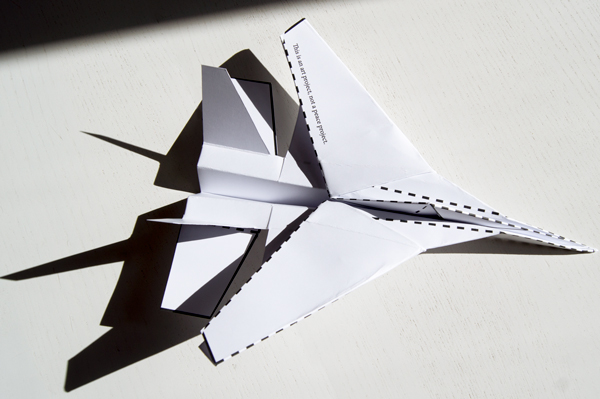